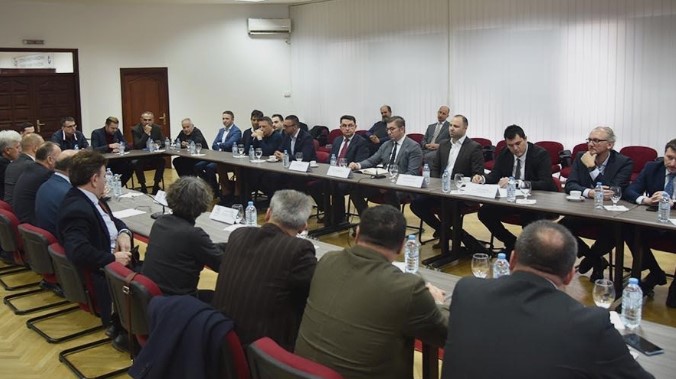 VMRO-DPMNE President Hristijan Mickoski called the track record of the SDSM led Government in building the planned public infrastructure as historically botched. Mickoski said that the planned infrastructure budget was at just 400 million EUR, after all the cuts, and even that wasn’t implemented in full. He blamed the persecution campaign by the ruling SDSM party to attack opposition officials with criminal charges over any infrastructure project as one of the reasons why the economy is now in a stand-still.

Every other criminal charge is for a broadly defined abuse of office. We hear how the SDSM spokesman is calling on the party’s mayors to begin printing charges against their predecessors from VMRO-DPMNE and they intend to drag us to court over the coming days. As a result, very few people are motivated to work on thee projects seriously. And on top of that, the current Government simply doesn’t have the human resources necessary for serious projects, Mickoski said during an interview with Telma TV.

The two serious projects that were opened under Zoran Zaev’s term in office, the Skopje – Stip highway and the Demir Kapija – Smokvica highway, were both initiated, and largely completed, under the previous Nikola Gruevski Government.

Mickoski yesterday also met with the Macedonian Chamber of Commerce (SKM) where he promised that the next, VMRO led Government, will quickly turn the business climate around.

We can’t resolve all the problems over a four year term, but we will work honestly and transparently and we will be the real partner our businesses need, Mickoski said.

The VMRO-DPMNE Central Committee appointed Georgija Sajkoski as the new Secretary General of the party. Sajkoski has been named after Igor Janusev resigned the post. Congratulations on your appointment. We have much work to do, until our final victory over the mafia, said party leader Hristijan Mickoski. Sajkoski...
30.09.20 | 21:45