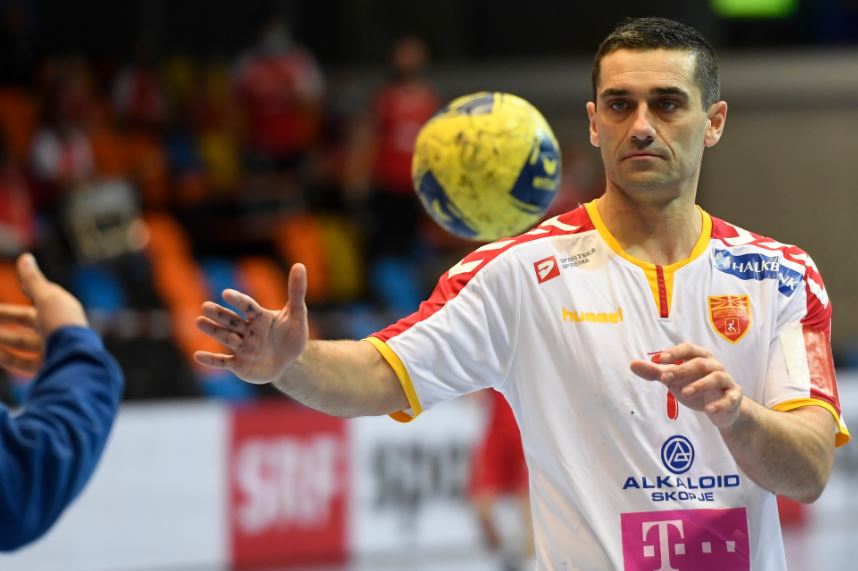 Serbian-born French captain Nikola Karabatic won the world handball player of the decade, winning the most votes from a 21-member jury made up of coaches, handball legends and journalists.

The captain of the Macedonian national team Kiril Lazarov has been named the right back of the decade, winning 34 votes, nine more than the former Hungarian national team player Laszlo Nagy, while the third place with ten points went to the Kielce handball player, Alex Dujshebaev.

World Championship 2019: Lazarov and Horvat lead Macedonia and Croatia to top of Group B

38-year-old Kiril Lazarov among top 10 handball players in the world!

In an interview with TV Alfa regarding the robbery in the healthcare and the inappropriate minister who does not want to resign, the Vice President of VMRO-DPMNE and MP, Aleksandar Nikoloski said that Filipce signed two contracts this summer with two pharmaceutical distributors in the amount of 30 million...
Macedonia 23.09.21 | 22:00

In his new reading of history, Zaev shifts blame for the Second World War occupation on local collaborators

SEC: People with expired ID card or passport will also be able to vote

Horse filmed galloping on the highway near Gostivar

First snow of the season