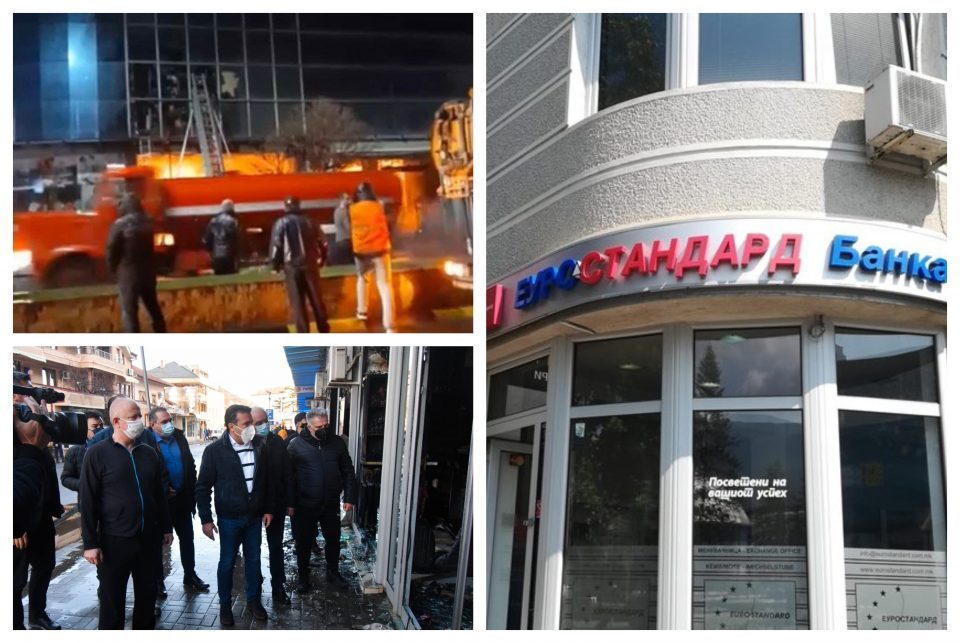 The Association of damaged depositors from Eurostandard Bank welcomes the initiative of Prime Minister Zoran Zaev to help the store owners of the charred part of the “Global” shopping mall, but remind that the “fire” that occurred in Eurostandard Bank was a thousand times bigger and stronger.

Through an unprecedented bank robbery that took place over the years a lot of money was lost, almost 60 million euros, both from savings and from the accounts of about 3,000 families. The bank executives organized continuous theft of deposits by placing ultra risky loans to selected companies while the National Bank tolerated it and allowed it to happen, wrote the damaged depositors in a statement to the public.

The damaged depositors last year asked for help from Prime Minister Zaev in the form of a “loan”, ie initiated the adoption of a law that would compensate them, and the state to collect from the bankruptcy estate. Although he initially supported him, Zaev then categorically rejected them on the pretext that it was a “moral hazard” as a risk that the same thing happens in another bank.

Will Prime Minister Zaev understand that not only the shops and the space in the “Global” shopping mall in his municipality Strumica are damaged, but that there is a much larger number of damaged citizens and companies who lost their personal assets due to mass and conscious theft in Eurostandard Bank which was happening under the watchful eye of the National Bank?

Will Prime Minister Zaev address 149 companies in Strumica, Skopje and other cities in the country to return our money taken because it is not theirs and they did not  or gave small guarantees when they received loans? Some of them, especially those whom Prime Minister Zaev knows personally, we hope will be encouraged to return the money immediately, say the damaged depositors.