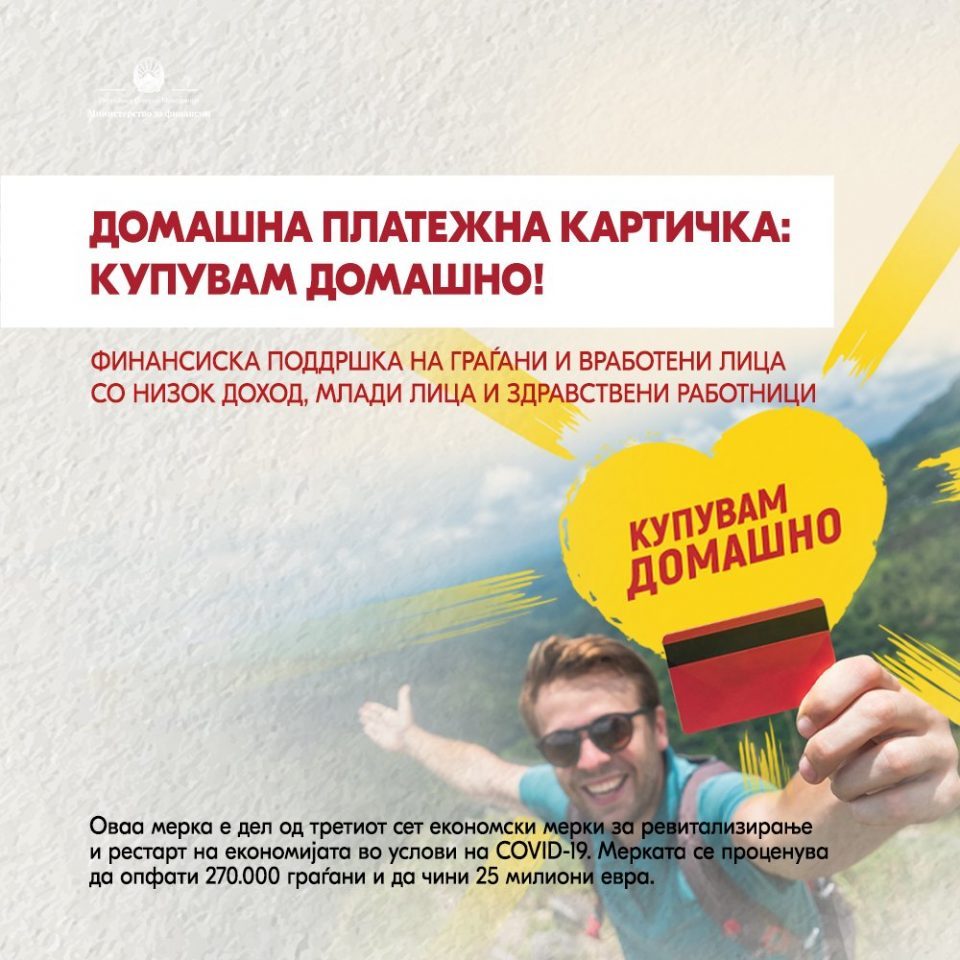 The ruling SDSM party is trying to buy votes by issuing voucher cards to more than 320.000 citizens in the run up to the elections, said the opposition VMRO-DPMNE party.

The SDSM led Government used its emergency powers to order that 28 million EUR are distributed in vouchers to lower income citizens, meant to be used to purchase goods and services produced in Macedonia or for domestic tourism. SDSM’s move is marketed as “coronavirus stimulus” but it comes at a time when the ruling party is desperately pushing for elections as early as July 5.\

SDSM showed us it is unable to deal with the pandemic and allowed chaos to reign in the country. They are unable to deal with the healthcare consequences, or with the economic fallout. Their moves were either too late or misplaced. These newly issued vouchers are classical case of pre-election bribery. They know they are losing and are hoping to buy a few votes with these cards, VMRO said in a press release.