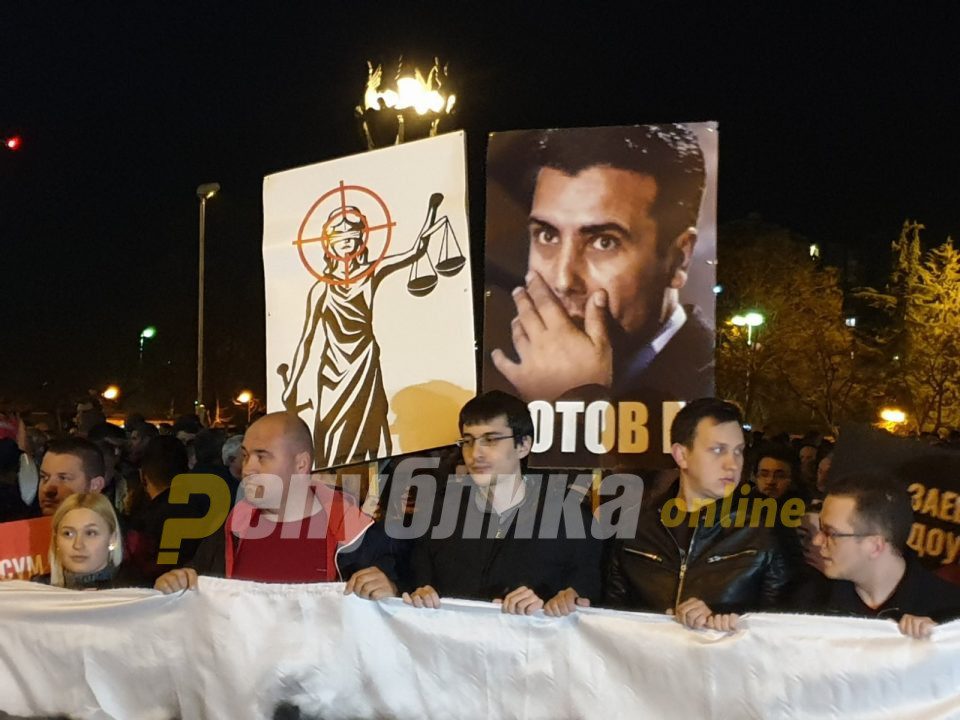 The opposition VMRO-DPMNE party said in Thursday’s press release that Zaev’s government has experienced a total debacle in the fight against corruption.

The GRECO report is an indication that we are not moving from a standstill, on the contrary we are still sinking. Of the 23 recommendations that needed to be met, only 4 were fully completed. The GRECO report is another indication that the government does not know and cannot fight crime and corruption because they are part of it. GRECO also notes the position of Ljupco Nikolovski, who is at the same time an anti-corruption and high-ranking politician. The GRECO report is just one in a series of negative reports, previously on the Transparency list we were ranked 111th in the perception of corruption, the opposition party said.

The reports of international institutions and organizations are just a confirmation of what VMRO-DPMNE has been pointing out for years, VMRO-DPMNE reacts.

This government is criminal and corrupt. We saw millions being extorted by businessmen, and then Boki 13, who was carrying the bag with money, said that the money ended up with Zoran and Vice Zaevi, and there is no investigation. We saw Den Doncev putting a stack of money in his bag, and there is no investigation. The government is deeply involved in crime, and the real criminals are not held accountable, although there is evidence of this being made public. As long as Zaev runs the state, Macedonia will sink, said VMRO-DPMNE.