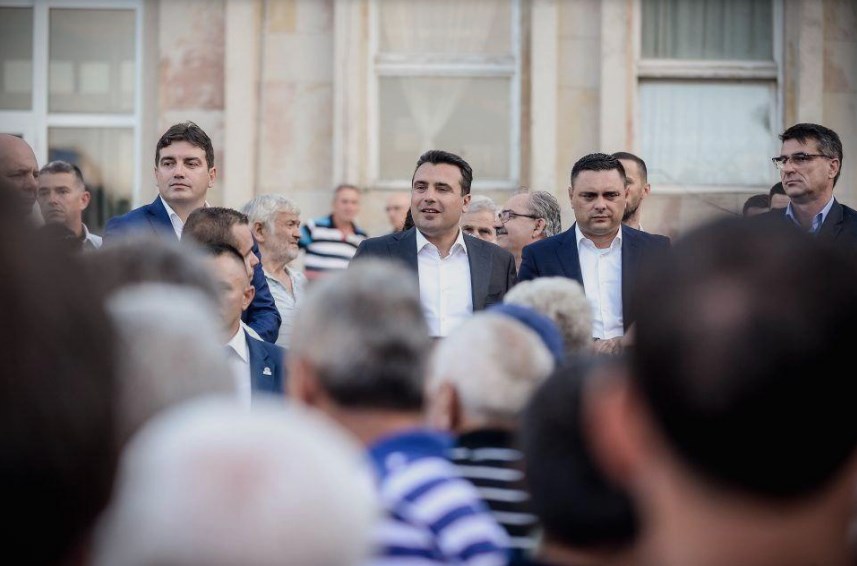 The Mayor of Kavadarci Mitko Jancev declared his intent to take over the VMRO-DPMNE party, doing his utmost to cause disturbances in the conservative party as difficult coalition talks are expected to begin. Jancev has declared his ambitions before, and is widely seen as part of a group of former party officials that includes former minister Nikola Todorov, the Gang of eight of bribed members of Parliament and, of course, former security chief Saso Mijalkov.

And while members of this group are said to be involved in various business deals with the Zaev family, in the case of Jancev this is well determined. The Lider news site reported that the Kavadarci town hall sold three plots of land to a company owned by Vice Zaev, allowing him to develop the site for residential construction.

The plots span 1,784 square meters and was sold to the Total Engineering company owned by Vice Zaev for a little over 44,000 EUR. Given that apartment prices in Kavadarci range between 600 and 750 EUR per square meter, it’s likely that the Zaev family will recoup the money it spent on purchasing the land with the sale of just one apartment, Lider writes.

More importantly, the Zaev owned company was the only one competing for the land. Although it is a desirable location, and many local developers were interested in it, Lider reports that they were told not to bid and the land was eventually sold for the initial asking price, likely damaging the Kavadarci local budget by a significant amount.

The construction boom pushed by Zaev’s company in Kavadarci confirms the alliance between Mayor Jancev and the Zaev family, Lider reports, revealing that the Mayor remains a VMRO member in name only.

With SDSM down in the polls and Mijalkov in prison, Zaev bets on Nikola Todorov and Mitko Jancev to weaken the opposition