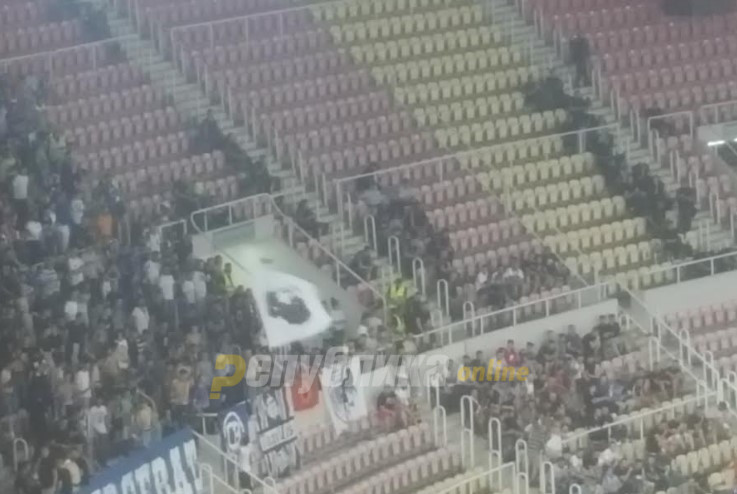 During Thursday’s match between the teams of Shkupi and Balkani, the most prominent were the fans of both teams “Sverceri”” and the guests from Suva Reka.

One team was seated on the western and the other on the eastern tribune. The choreography of “Shverceri” was especially noticeable, and in addition to the club symbols, they were waiving the inevitable flag of the Republic of Albania and the flag of the founder of UCK, Adem Jashari. The white flag with his face was waved during the entire game and it was not sanctioned by the referee or the delegate. 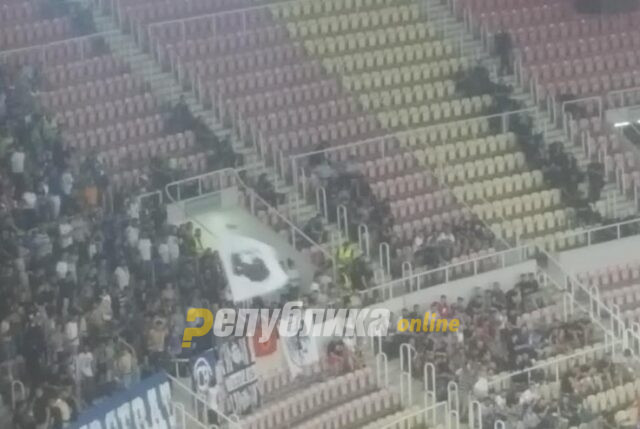 Who was Adem Yashari?

Adem Jashari was the founder of the UCK and was killed in the attack of the Serbian special police forces on the village of Prekaz, which lasted from March 5 to 7, 1998, in which the commander of UCK, Adem Jashari, and 58 members of his family were killed. In 1997, a Yugoslav court, in absentia, convicted Jashari, one of the founders of the UCK, of terrorism.