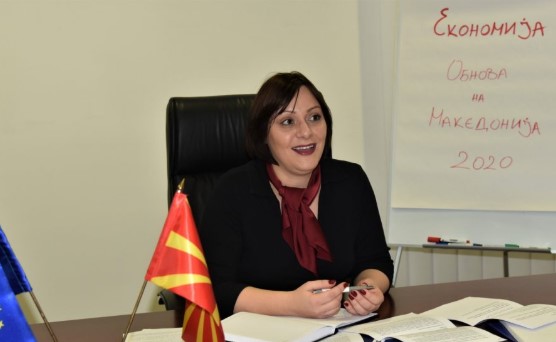 Interim Deputy Finance Minister Gordana Dimitrieska Kocoska said that the Government refused to discuss the proposals from the opposition VMRO-DPMNE party on how to best tackle the economic impact of the coronavirus epidemic. A meeting of the economic – welfare council was held yesterday but it did not include opposition representatives other than Dimitrieska, who is there as part of the pre-election restructuring of the Government.

VMRO-DPMNE leader Hristijan Mickoski yesterday offered to the Government to meet with it and detail his proposal, which he says would help the private sector without major cuts to public sector salaries which the ruling SDSM party has proposed. Mickoski proposed tapping already issued short term bonds and the privately managed retirement fund to patch up the hole in the budget whose estimates get bigger every day,

The responsibility ultimately rests on the Government. I can only say that it is acting slowly, it only adopted some of our proposals with a delay of two weeks. We need rapid response, and we are wasting time, she said.